Thank you for your payment! We will appreciate your business!
Skip to content
×
×
May, 25th 2018 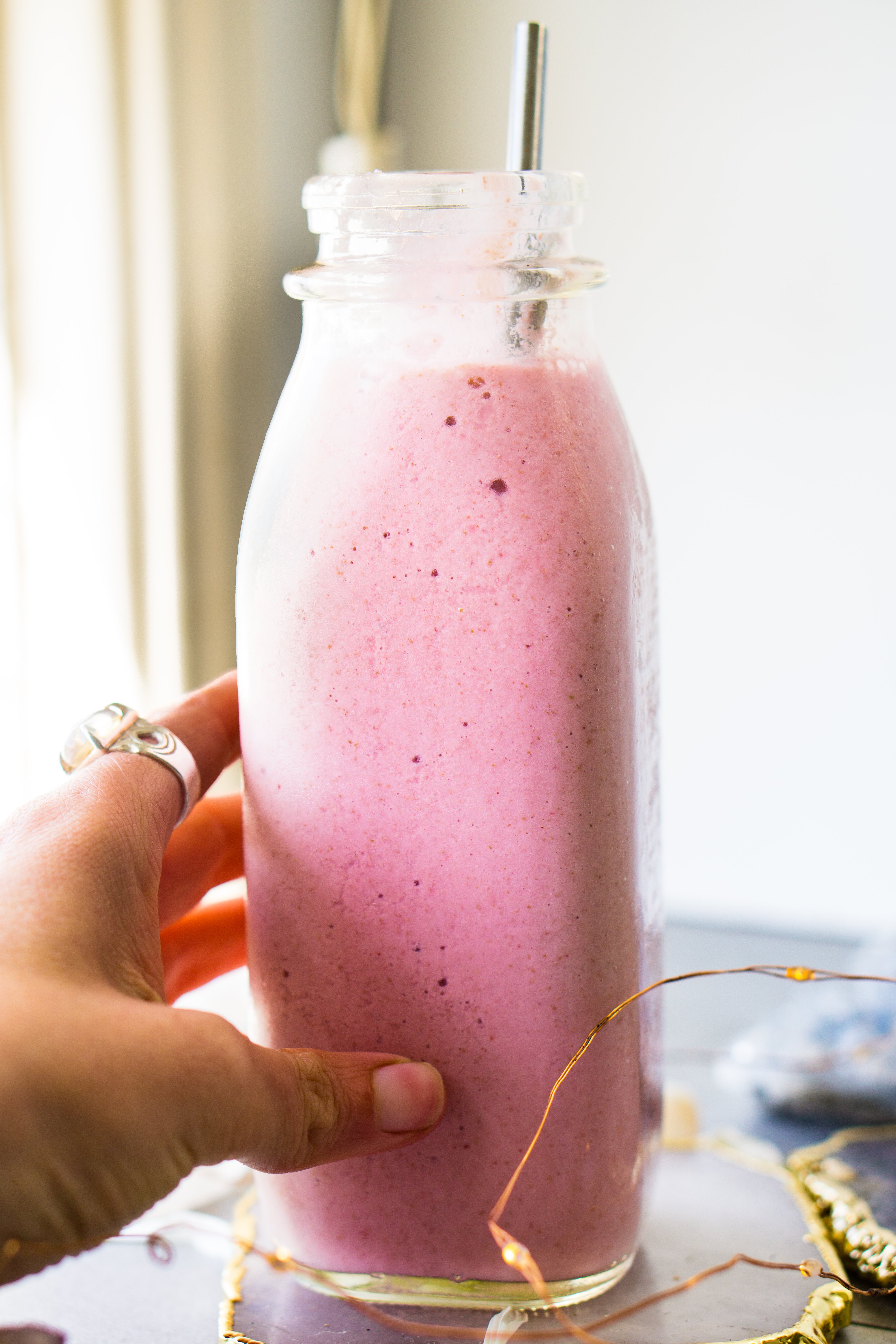 Rhubarb Strawberry Ginger Smoothie (vegan, paleo, & keto) is a wonderful spring and summertime treat filled to the brim with antioxidants and nutrition. Being from the Midwest I always heard of Rhubarb and the traditional way to enjoy Rhubarb in the Midwest is to make a pie out of it. Funny thing though is even though I grew up seeing the plant I never tried it… I know. Don’t ask me why but it’s never too late to try it right?

So what inspired this recipe was my Imperfect Produce box, it was an option to choose. One of the many reasons I love Imperfect Produce is how easy it is to get gorgeous seasonal ingredients I don’t always see at my local farmers market or grocery store. Therefore it was time try Rhubarb for the first time and to my surprise it was AMAZINGGG! I love how it has the perfect hint of tart which balances the sweetness of the strawberries. 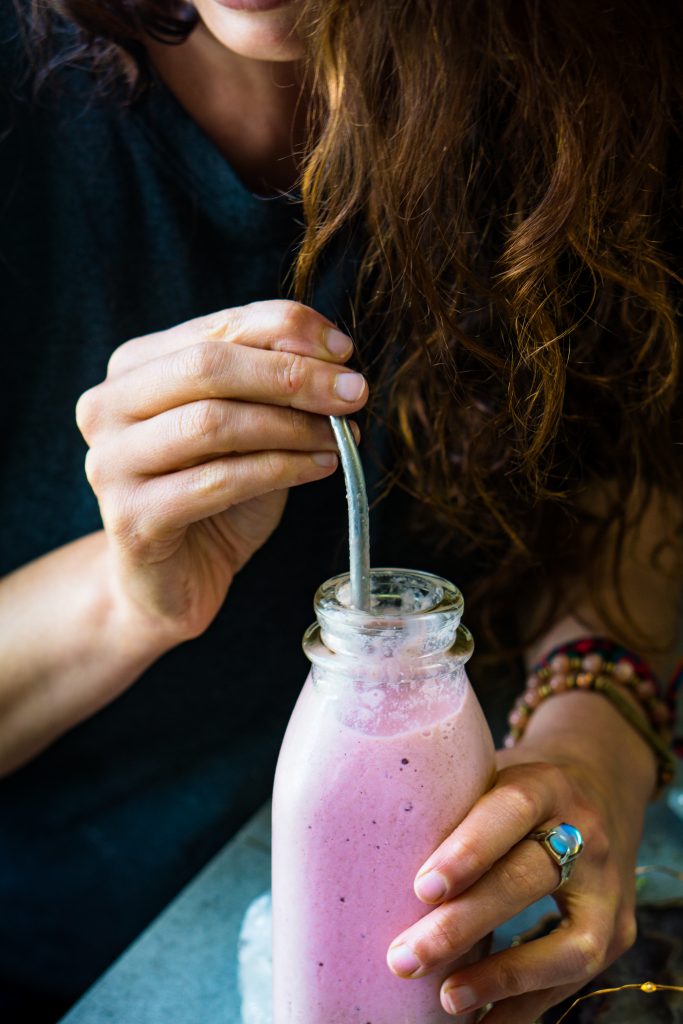 As a high-fiber food, rhubarb can help ease digestion. A study was conducted of burn patients at the Burn Treatment Center of Shanxi Province at Tisco General Hospital in China and how rhubarb can possibly ease abdominal discomfort and promote a healthy and normal digestion process. The study focused on the relief of bloated stomach and discomfort while providing regularity.

Researchers concluded that rhubarb can help protect the intestinal wall through the increased secretion of gastrointestinal hormones while providing normal contraction of the muscles that mix the contents of the gastrointestinal tract.

Because rhubarb packs a good dose of vitamin K, it can provide useful benefits that include a role in bone metabolism and potential protection against osteoporosis. Vitamin K is required for osteocalcin to occur. This is when the metabolically active tissue of the bone undergoes continuous remodeling by the process of bone formation and bone resorption. These processes rely heavily on the performance of osteoclasts (resorption), osteoblasts (formation) and osteocytes (maintenance). Under normal conditions, bone resorption and formation work in tandem to make sure that the amount of bone removed is equal to the amount of bone that is newly formed.

Vitamin K is important because it helps ensure that all of these important steps work in continuous support of the bones. Conversely, vitamin K deficiency can negatively affect these processes and ultimately raise the risk for osteoporosis development.

Beyond that, vitamin K strengthens bones overall. Studies and clinical trials conducted by the University of Wisconsin-Green Bay’s Department of Human Biology, Nutritional Sciences and published in Nutrition in Clinical Practice show that vitamin K has a “positive effect on bone mineral density and decreases fracture risk.”

When someone suffers from oxidative stress caused by numerous disorders, including stroke, Alzheimer’s disease, and amyotrophic lateral sclerosis, the brain usually undergoes a great deal of trauma. This stress can lead to the formation of free radicals, which can cause neuronal apoptosis and the development of some types of chronic brain disease.

Research published in Molecular Medicine Reports evaluated the effects of varying concentrations of rhubarb extract on the neuronal damage caused by irradiation. Treatment with the extract significantly decreased irradiation-induced inflammation in the brain, which may prove the protective role of this extract against oxidative stress. This, in turn, potentially can help stave off brain disorders like Alzheimer’s, ALS and stroke, among others. 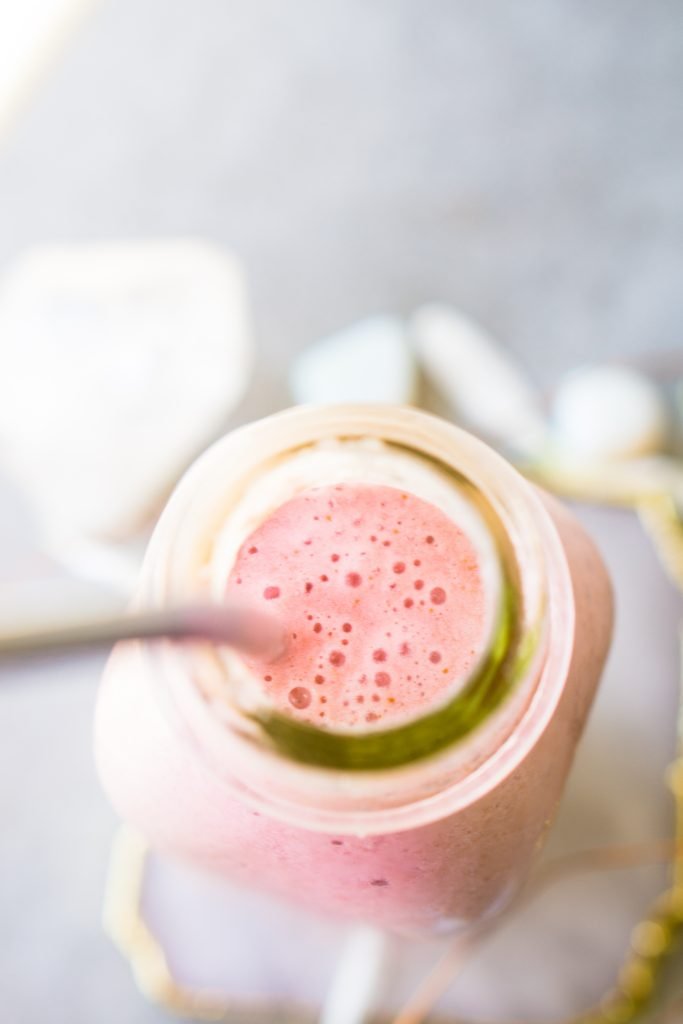 Rhubarb is a high-antioxidant food like the bilberry and the cranberry. It contains the powerful free-radical scavenger quercetin, among other potent antioxidants. Quercetin is a powerful antioxidant flavonoid that gives plants its color.

The research was conducted by the Northwest Institute of Plateau Biology at the Chinese Academy of Sciences to study rhubarb seeds. A free radical-scavenging method was used as the marker to evaluate the total antioxidant capacity of the extracts. Ten free radical scavengers from extracts of the seeds were screened, five of which were identified and quantitatively analyzed, including epicatechin, myricetin, hyperoside, quercitrin, and quercetin. All can be regarded as the major potent antioxidants in rhubarb seeds due to representing most of the total free-radical scavenging activity.

Ultimately, this research published in the Journal of Chromatographic Science confirms the seeds’ effectiveness in fighting free radical damage.

As an herbal medicine, it can also help treat gastrointestinal discomfort that comes from constipation and diarrhea. This can be done through eating rhubarb, but it’s typically done through medicinal methods, such as tinctures, extracts, and powders made from the roots and stalks of the plant. It’s crucial that you review these methods with your doctor since overconsumption can aggravate any ailment.

If taken properly, however, it can help relieve constipation naturally along with diarrhea.

Rhubarb has long been used in Chinese medicine due to its anti-infection properties and is known to help promote healthy skin, mucous membranes, good vision and possibly as cancer protection. All of this is due to its role as an anti-inflammatory food.

A study was performed by the State Key Laboratory of Virology/Institute of Medical Virology at the Wuhan University School of Medicine in China to determine the antiviral effect of an extract from the roots and rhizoma. The results, published in the American Journal of Chinese Medicine, determined that the extract from rhubarb showed significant positive results in the healing of inflammatory cells when added after infection, confirming its anti-inflammatory properties. 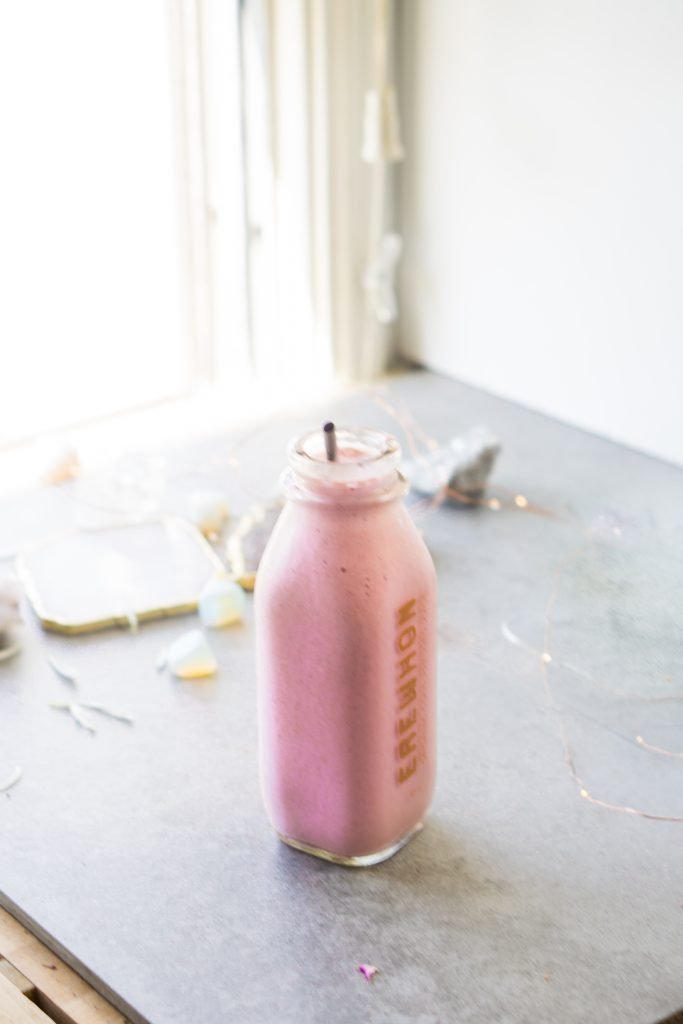 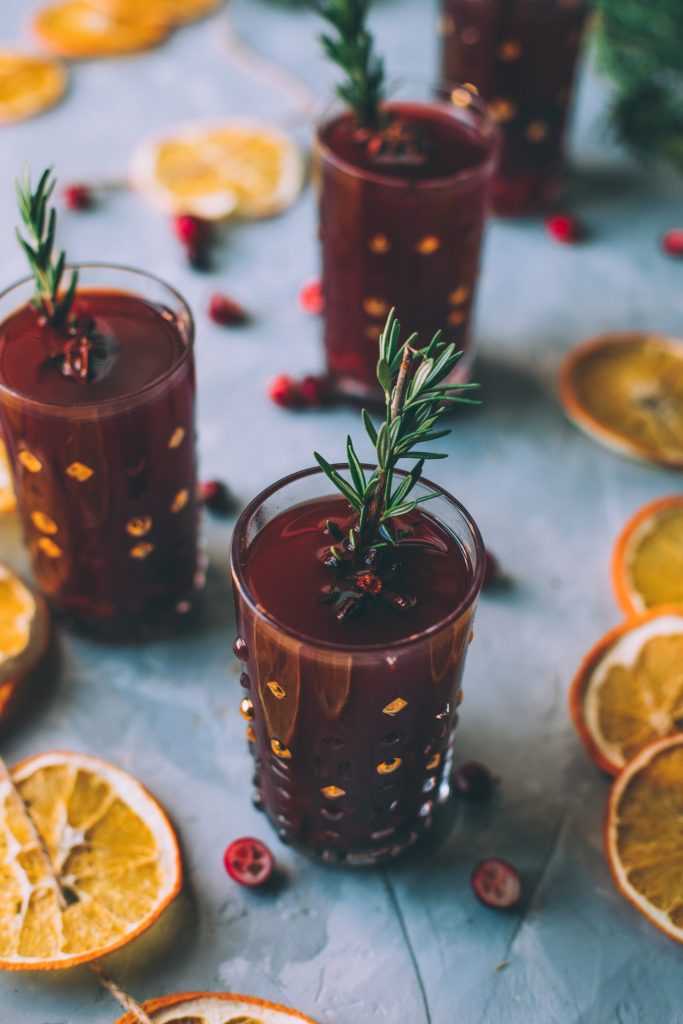 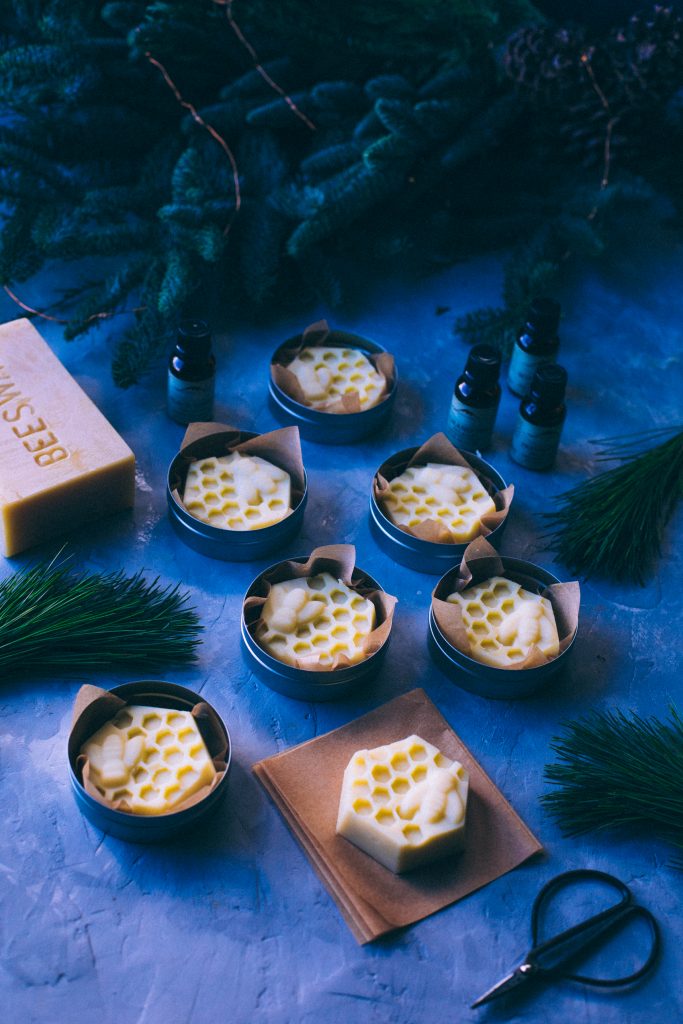 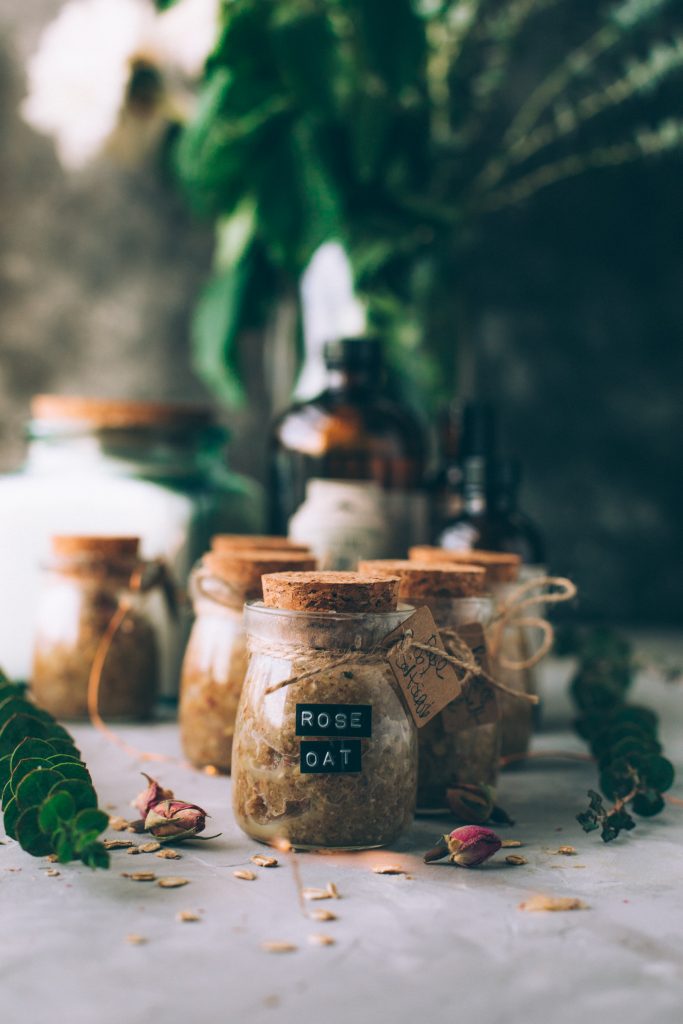